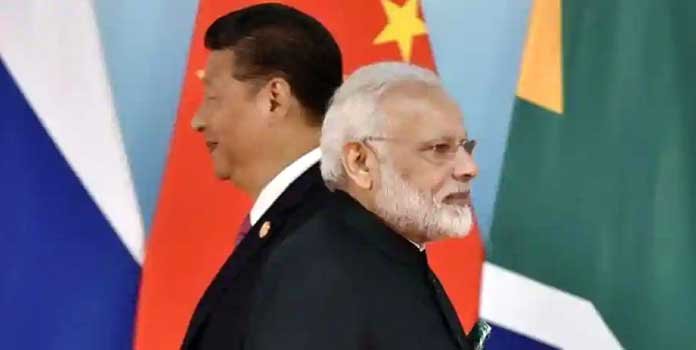 Absolutely clear one, India has not to succumb to Chinese threats and to China only understands the language of strength. The Border provocation in Galvan was perhaps the most serious penalty challenge that India has faced in decades.

It was on the president in terms of the scale planning and intent 20 Indian soldiers were killed in action and the Chinese were fully prepared for further escalation. The pandemic has dented Beijing’s Global image Xi Jinping was on a shaky Wicket.

He desperately needed a geopolitical maneuver to bolster His Image, but you underestimated indigestion can result in past India acquiesce to China, but now India standard ground from the Oklahoman 2017 to Ladakh in 2020 India has refused to appease China unlike its other small enables you Denny drew the red line made specific preconditions for normalizing ties and use the same policy diffusion Pakistan today.

If dogs and Sarah cannot go hand-in-hand neither can border aggression and business. On the military front, Indian showed. It will not be caught off-guard again from Galvan to spangle to death song India ramped up its defenses activated this entire Logistics match China’s military deployments and secured its Frontiers by October 2020, 40000 Indian troops for braving the freezing temperatures in eastern.

Ladakh India and show the special Frontier Force spearheaded this operation a force which had Tibetans fighting for India thousands of Tibetans have made in their home since the Dalai Lama was forced into Exile from China. India has hits China where it hurts the most.

India weaponized its Market go up the flow of Chinese cash in the Indian economy started by many BFDI policy to come opportunistic takeovers in 2019. the fun inflows from Chinese companies in India with 229 million dollars by September 20-22 declined by almost 29% 163 million dollars called what’s been called a digital Strike Chinese herbs that reduce China’s influence on the internet economy last we checked India headband at least 200 Chinese this provided a model for other countries to do the same countries like the US and Japan in the extended anti-dumping Duty on a range of products from China mostly antibacterial drugs on Chinese steel this impacted the price of Chinese products coming to India and adversely affected profits to Chinese manufacturers India also challenge Las Palmas supremacy began noticing the world from Afghanistan to Egypt from South Africa to Brazil and area countries received the made-in-India vaccine.

Speaking of diplomacy India also strengthened its security cooperation primarily through the cord the quadrilateral security dialogue the quote, a strategic alliance between the US and Australia and India for countries.

This is to counter China’s address of civility expansionism. This group is said to meet soon Simply India has called China’s Bluff and there’s with Beijing the only language that it understands the language of strength.