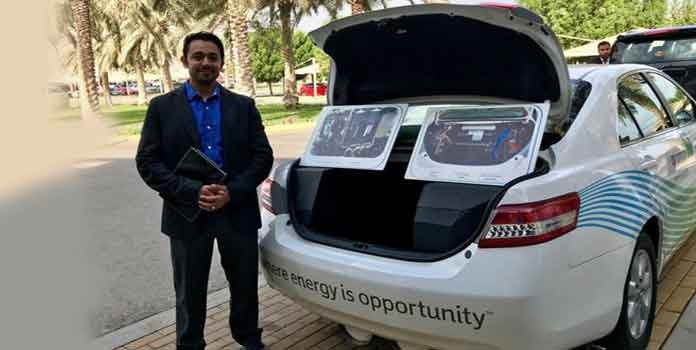 Methods involved in collecting Carbon dioxide from industrial sources. Then storing it under the earth where it cannot cause harm and restore for the future usage. CCS will decease 90% of CO2 release from the industries.

What is CO2 and its role in the environment

We release CO2 gas in every time when we release air from nose in the process of breathing. Plants take the CO2 to produce Carbohydrates for themselves and for us.

Many creatures on the earth produce CO2. The industries like cement, steel, power generation also produce CO2 in very huge, many thousands of times than us.

Increased CO2 in the environment than its normal level which is 350ppm (Parts per million) we can see fatal effects of climate like extreme weather of all kinds (highest temperature in summer, lowest/ freezing temperatures in winter, floods in rainy season), rising sea water level, sea water acidification (lowering sea water PH to acidic- causing death of sea creatures), storms and wild fire. Global warming is one of these high CO2 effects in the atmosphere.

What made CCS an important technology?

Currently the CO2 concentration in the earth’s atmosphere is 412 ppm and increasing day on day. This is around forty seven per cent increase before industrial era.

As global Co2 expression rate increased historically to 1.7 % which is around 33billion tones in the year 2018. Fossil fuel accommodated 70% raise of CO2 in this 1.7%, we were having extraordinary increase of energy usage in the year 2018 and 2019.

Historically which in turn made increased CO2 release. In order to get rid of all natural disasters due to elevated CO2 in the atmosphere CCS technology is useful.

Methods to capture and store the CO2:

There are many methods to separate and collect the carbon some we enlist here as
Membrane adsorption technology which is most useful technology industrially. CO2 passes through membranes of amines for physical /chemical adsorption to get a CO2 free air.

These can be Pre (Capturing CO2 blend before combustion) or Post (Capturing from the exhaust of Combustion system) Combustion.

The collected CO2 is Transport is done in tankers by road, ships and pipelines like other natural gases and oils.

There is an idea to build some clusters for storage of CO2 instead of shipping which is economically effective way.

Collected gas is injected deep into the earth in Geological sequestration or storage method underground.

Up to unmineable coal bed, saline formations, oil and gas fields can be the storage spaces underground.

In Exothermic method, Mineral Storage is done but consumes energy.

Sequence of CCS include:

If this test is giving successful results this could remove one tonne per day of CO2 from the atmosphere.

The Carbon scrubbing process used at Canadian power plant is used in reducing CO2 emissions, but its old tech.

The fossil fuel industry has been using the same process since the 1930s to improve the quality of atmospheric gas.

Tesla owner Elon musk announced that he will offer 100 Million dollar to the best method for carbon capture.

United States of America announced that they will be funding $20M for CCUS (Carbon Capture, Utilization and storage.)

Use of captured co2 in enhanced oil recovery

In well-known “enhanced oil recovery” (EOR) technique CO2 will be injected into existing oil fields. The overall pressure of an oil reservoir will increased due to CO2 addition, forcing the oil towards production wells.

The idea of “carbon-negative” oil is attractive.

How Carbon pricing can affect us