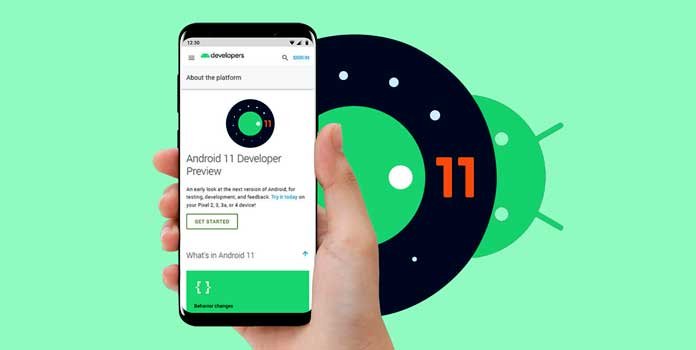 Android 11 new features : A few days ago, Google released a new Android OS called Android 11. It introduces user friendly features with the aim of getting closer to the users. Google has recently made changes to its Android app and added new features. Google says these features, which are already available to many users, will soon be fully available to everyone.

What are the new features in Android 11?

Let us know the Android 11 New features and how they are useful for Android users.

Previously others use Google Voice Assistant for basic purposes only. From now on Android 11, Android apps can also send commands with a voice assistant. For example, the command Google Check My Account In Mint. With the help of Google Assistant, we can easily fix the tasks we want in the apps.

We can share photos and screenshots during making video calls on Google Duo in Android 11. If you do not have time to make a video call, other people will send you a video message. It also has an automatic caption feature for the hearing impaired. This is useful for normal users to understand the message even when they are not able to hear the audio.

Google has recently introduced a feature in Android 11 called Sound Notifications in the Live Transcript app. It alerts us to any incidents around the world when the hearing impaired or ordinary people put on earphones. For example, if the fire alarm around us rings, if someone knocks on the door of the house, the phone will flash, vibrate and give a push notification to detect the sounds that come when the work is done, such as the oven and washing machine used in the house.

Google has introduced a new feature in the phone app that checks for spam calls that often harass us. From now on in Android 11, Google will stop spam calls and let users know in
advance who they are and why they are doing it. It supports Android 9 and then OAV. You can get this feature by downloading the phone app from the Google Play Store.

Also read : How to apply for PVC Aadhar card?

In addition to those with age-related difficulties, people with mental disabilities can easily communicate with fewer words through action blocks. Changes have been made in this app
for those who have speech problems along with things like cerebral palsy, Down syndrome, autism, aphasia in Android 11. For them, thousands of new symbols of communication have been added. It already has materials related to speech therapy and special education. We can download this app from Google Play store.

Google Play Movies app is now updated as Google TV in Android 11. It shows you a list of movies and shows streaming in the Entertainment section. In addition, Ya Voni Watch Li’s Google Play displays content based on what you have bookmarked in Google search.