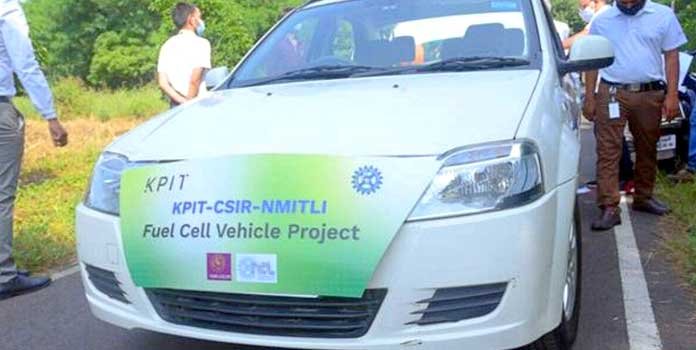 Next, the prototype fuel cell stack and its components with power retro-fitted to test in a standard 5-seater sedan car.

CSIR and KPIT Association in HFC

Good thing is, the HFC technology emits only water. The technology helps the world to be a clean place. Subsequently it also cut downs emission of pollution and greenhouse gases.

“The time has come for renewable energy based on hydrogen as fuel to power transportation in the country”.
– Prof Ashwini Kumar Nangia, Director, CSIR-NCL

“The technology has a great future and unsettled to its primitive development. And expected to more commercially applicable than ever before, too. It is an important technology to reduce pollution and reduce of fossil fuel imports”.
-Mr. Ravi pandit Chairman, KPIT.

In conclude, a long-term investment of CSIR under NMITIL on Hydrogen Fuel Cell technology is became fruitful.