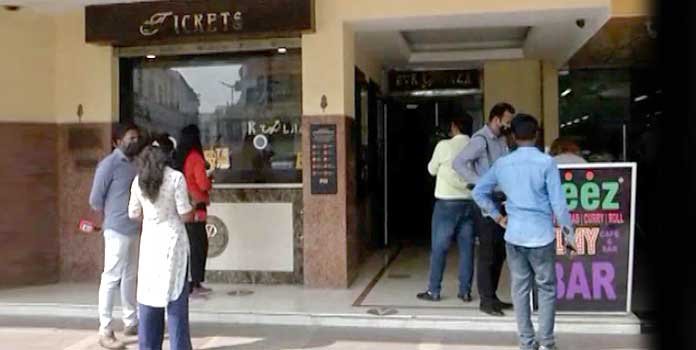 Cinema halls opened, but timings are changed : Movie theaters are set to reopen by today (October 15th) almost seven months later due to corona pandemic. Central Government has given permissions to reopen cinema halls in various parts of the country as per the Unlock 5 guidelines. However, only a few state governments have allowed theaters to open. Other states, however, did not allow the opening of theaters for fear of corona.

Which states has decided to open?

The states of Delhi, Haryana, Uttar Pradesh, West Bengal, Madhya Pradesh, Gujarat and Karnataka have decided to open theaters. However, Maharashtra, Telangana, Tamil Nadu,
Kerala, Chhattisgarh and Andhra Pradesh have decided not to open. Cinema halls will not be open from October 15th governments in the northeastern states have not issued any guidelines.

What did say Central Government about opening of theaters?

According to the guidelines given by the Central Government .. Theaters should have only fifty percent occupancy. Similarly there should be a difference in film screening times. Audiences and staff should take steps to adhere to social distance, thermal screening. Similarly, it suggests, phone numbers should take from the audience for contact tracing. Similarly .. Foods sold in theaters must screen under UV rays.

Covid – before the start of the film – broadcasts the safety rules and penalties for non – compliance. Given a seat-to-seat gap to accommodate social distance. Also it decides to
allow the audience into the theater only after thermal scanning.

Which movies are ready to release?

However, no new movies are ready for release in theaters this week. With that, many old movies are going to release again. Sushant Singh Rajput’s last film Chichor, Kedarnath, Tanhaji, Shub Mangal, Jyada Sapline, Malang, War and Tappad will once again ready to screen on big screens.

Also read : Jakkanna RRR is back to shoot soon

Who are ready to release at first after opening of theaters?

PVR Cinemas, has ready to open theaters from October 15th. PVR company has about 500 cinema halls across the country. Compared to the pre-covid days .. there are very few movie shows right now.

Timings after opening of Cinema halls