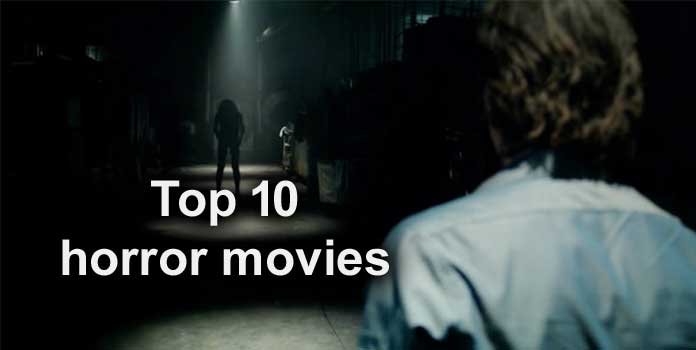 Top 10 horror movies of all time : Horror movies are one of the most entertainment genre in all over the world. They try to get fear in its audience for entertainment purposes. And also they have lived as a famous film genre for more than hundred years. They may also cover with the supernatural fiction, fantasy and thriller genres.

Particularly horror films frequently aim to raise viewer’s nightmares, fears, and terror of the unknown. The horror genre often involve some plots. These plots like involvement of
an evil force, event, or celebrity into the everyday world.

Whereas horror is only one genre of film, the impact of it on international community is very large. Besides horror movies show the eras of audiences issues in the most effective manner. And also they present visually highly.

Undoubtedly Hollywood is the main platform for horror movies. Moreover all Hollywood directors presented all genres of horror movies . Though there are so many horror films, below movies are the best horror movies. We hope these will definitely entertain all as horror background.

This movie about a 12-year-old girl. She is possessed by a mysterious entity. Her mother is film actress. When she notices dangerous changes in her daughter therefore she seeks the help of two priests to save her.

This is Hollywood’s one of the best film. This movie’s director is Alfred Hitchcock. He is a famous director. In this, the story runs between a lady and her boyfriend in a hotel regarding cash payment on a property.

This story is fully suspenseful and thrilling at all. In this movie a man murdered his teenage sister on a Halloween night at age of six. Thus he sent to a mental hospital as a punishment. During his jail time in mental hospital whereas he escapes from hospital and return to kill again her sister.

This is well known horror movie to everyone. This movie is still banned in some countries because of it’s horrible content.

This movie is about a lady. Her name is Rosemary. She moves into an apartment. There she hears and dreams strange things after her pregnancy.

In this movie a family moves into a farmhouse with her five children. There they experienced horrible things by evil. For this reason the family consult demonologists to help them.

In this, a clown, an ancient evil tortures children before feeding on them. Especially seven children are faced some difficulties with this clown. At last are they escaped from the clown or not ?. This is the remain story of the movie .

In this movie, a family moves into an isolated hotel. Particularly this hotel has a violent past. As a result the family head begins to lose his mental health and trying to kill his family members.

In this, a woman killed her husband during in a kinky game with handcuffed. In addition to this, she hears strange voices and seeing strange visions.

In this, a single family lives in a forest. There they struggled with blind and noise sensitive creatures. Are these creatures killed them? Or how did they escape from those creatures?. This is the rest of the movie.

To conclude this, horror genre movies give the most thrilling, evil and suspenseful experiences to their audiences.